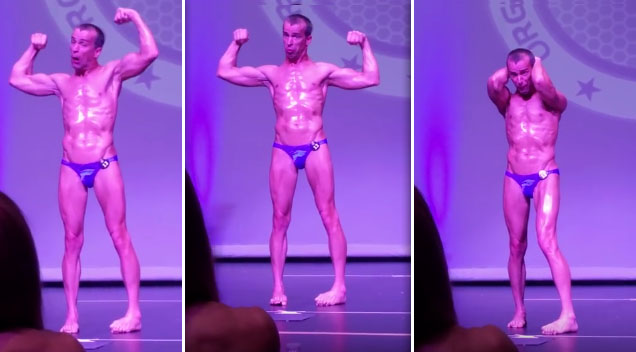 ­Steve Alexy is a 43-year-old bodybuilder who’s preparing for his sixth bodybuilding competition.

Steve has cerebral palsy but that didn’t stop him from following his passion and becoming a bodybuilder. He said he used to go to gym in the past, but in 2011, he decided to fully commit to a regular workout routine because he wanted to join bodybuilding competitions. Steve eventually began meeting his goals and thriving as he was pushed to work harder and eventually he started winning various bodybuilding competitions and collecting trophies.

Check him out in action below courtesy of Suzi Newman and Inside Edition: