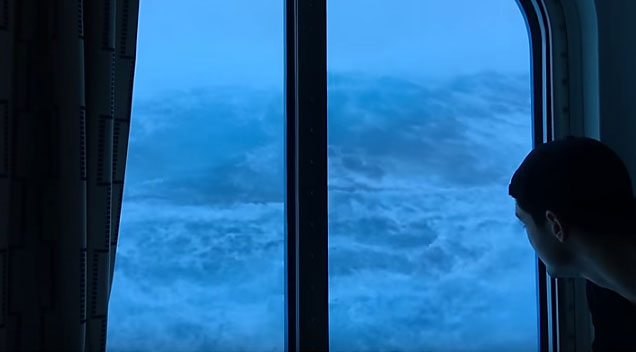 This insane footage shows massive 30-foot waves smashing against the windows of a cruise ship as it was swung around by a ferocious storm in the Atlantic Ocean.

This terrifying video was taken by Stephen J Burke and it shows massive waves smashing against the windows of the Royal Caribbean cruise ship as it travelled to Port Canaveral in Florida last year. Later in the video, Stephen (or his friend) can be seen trying to walk down the corridor almost at a 45-degree angle which clearly shows how much the ship is leaning to one side.

Check out the terrifying video below courtesy of Stephen J Burke: