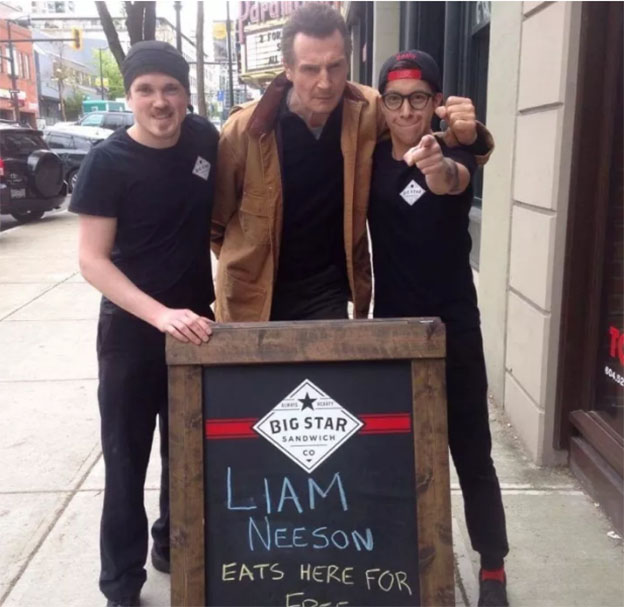 A sandwich shop in Vancouver just recently discovered that offering Liam Neeson free food is an excellent way to make him come.

When the employees at Big Star Sandwich in New Westminster heard a rumour that Neeson was in town filming an upcoming movie called Hard Powder, they decided to write a message on the sandwich board offering Neeson a free meal hoping that it will entice him to come.

According to their sign: “Liam Neeson eats here for free” and “Come in and get Taken away by our sandwiches.”

BuzzFeed Canada was able to interview Alex Johrden, Big Star’s director of operations and he told BuzzFeed that Neeson actually turned up one afternoon and that his two employees, Kyle Gus and Serge Patoka, were totally shocked when he walked through the door.

Johrden said “We had no idea he would be in our vicinity.” Although Neeson wasn’t able to stop by and eat because he was in a rush, he made sure that he took a photo with the two employees. 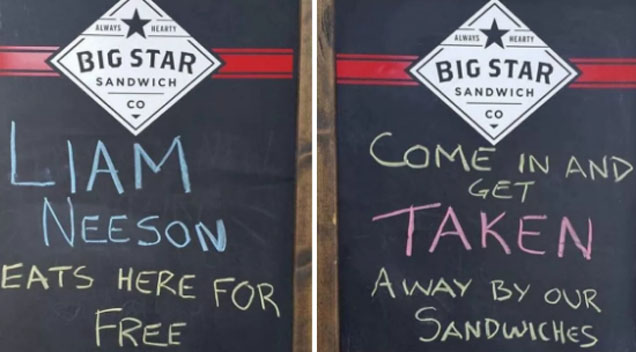