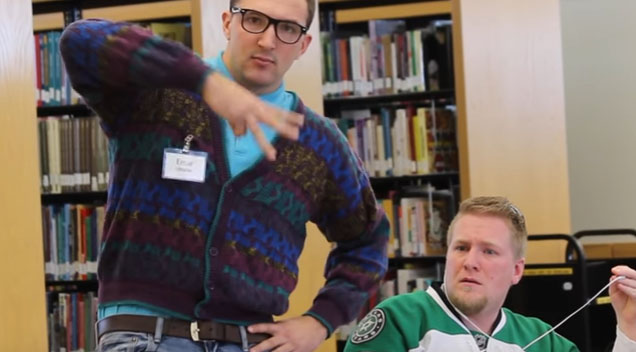 This thug librarian is majoring in “big booty hoes” so you can’t mess with him… EVER.

BigDawsTv decided to go all gangsta in this hilarious prank and he basically told random people in the library to either fall in line and follow him or get the hell out of his library. Yep, totally gangsta.

Check out the hilarious video below courtesy of BigDawsTv: