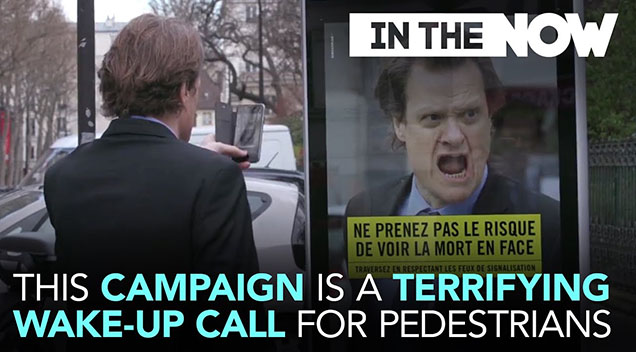 Most of us don’t really pay attention when crossing on a red light assuming that it’s going to be 100% safe.

Well these random people were greeted by loud skidding car breaks while they were crossing on a red light and their reactions were priceless! A billboard then took a photo of the visibly shaken passers-by and that person’s photo got displayed in the billboard with a powerful message “Don’t take the risk of facing death.” This was a social campaign created for the purpose of preventing pedestrian road accidents and it’s quite compelling and effective at the same time.

Check out the video below courtesy of In The Now: