This South Korean MMA Fighter Got Kicked In The Groin Hard. His Reaction Will Make You Cringe So Hard It Hurts 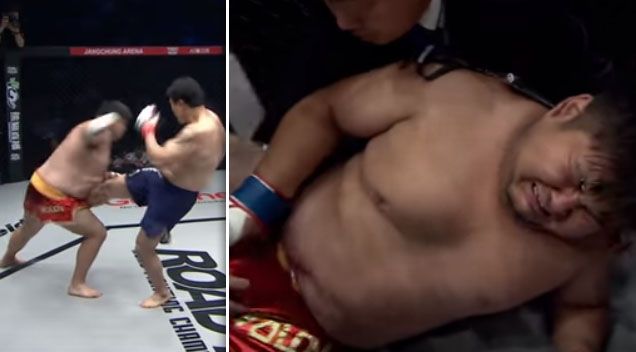 This heavyweight fight in South Korea lasted for just a mere seven seconds after one fighter took an insanely painful kick to the groin.

Aorigele was facing Myung Hyun-Man in Road FC 39 but the fight lasted less than 10 seconds when Myung took a vicious blow to his crown jewels. After taking the brutal kick to the groin, Myung fell to the ground and was reduced to a blubbering mess.

Check out the painful video below Road Fighting Championship: