This Bus Crashed Into This Man Of Steel But He Just Got Up and Walked Into A Pub! 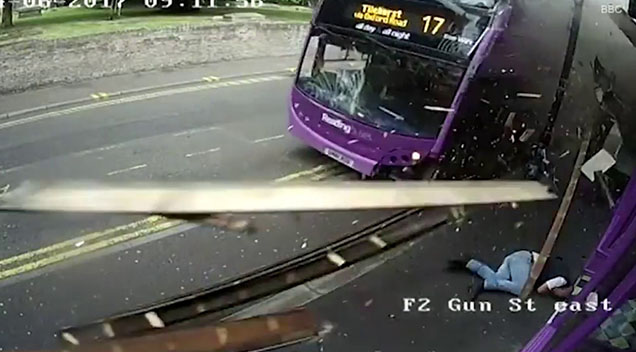 This CCTV footage shows how a bus that was out of control hit an unsuspecting man and this man just got up and casually went inside a pub as if nothing happened.

Simon Smith was walking along Gun street in Southern England when an out-of-control bus hit him in full force from behind which eventually forced him to the ground. Within seconds he was up and about though and he even went to the pub for drink – talk about Man of Steel!

Check out the video below courtesy of PhuKenh: