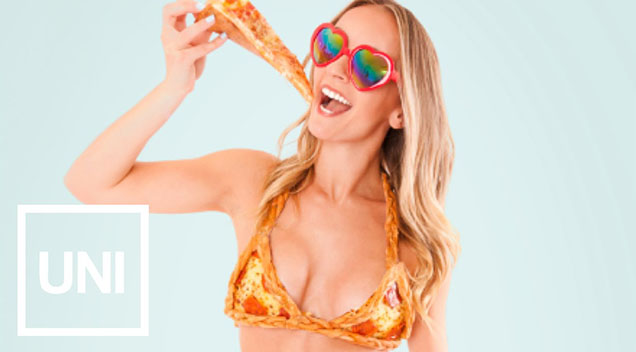 If you’re a fan of going to the beach and eating pizza then this bikini may be for you.

A New Jersey-based Villa Italian Kitchen just recently announced the creation of a bikini made out of pizza called the “Pizza-Kini” and it was right in time for the National Bikini Day last July 5. It’s definitely edible but there’s a catch – it costs a whopping $10,000 to own one of these babies so yeah, it’s not for the faint hearted.

Check out the video below courtesy of United News International: