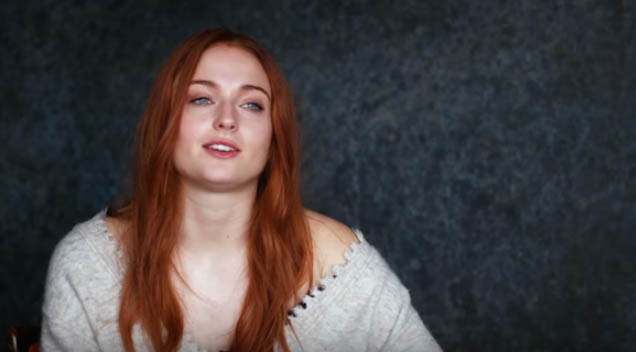 Is Sophie Turner planning on leaving Game of Thrones?

Well, we all know that with Game of Thrones no one is safe so it’s only a matter of time before she gets killed by an ax or a sword.

Sophie aka Sansa Stark was interviewed just recently by Hollywood Reporter and she talked about inevitably leaving Game of Thrones and what’s ahead for her in the future.

Check out the video below courtesy of Hollywood Reporter: