This Judge Let The Dog Loose In The Courtroom To Identify His Real Owner. The Result Will Make You Cry 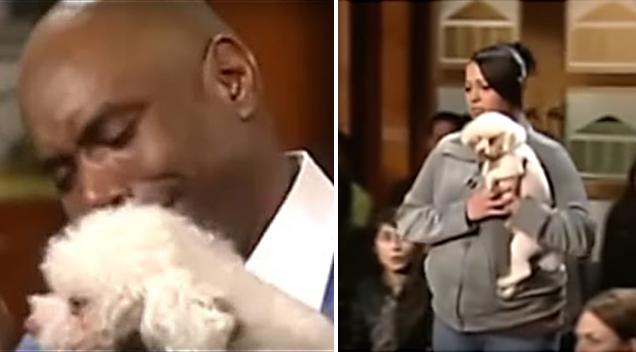 TV judge Judy Sheindlin was stuck with deciding as to who owned a pet dog and her solution was legendary.

This particular episode revolved around a custody battle over a dog that was bought by a woman outside a shopping center. A man eventually realized that the woman’s dog was his pet dog, so he filed a suit over the woman who bought the dog, claiming that he was the lawful owner.

After hearing both sides present their case, Judge Judy felt that the only way to settle the argument was to let the dog decide for itself. What happened next, will make you cry.

Check out the video below courtesy of Viral Videos: