OMG! Apparently There’s An Island Where You Can Swim With Piglets?? 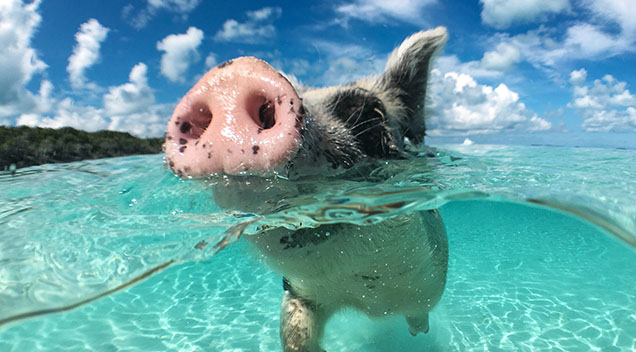 Imagine an island where you can swim with piglets. And no, we’re not kidding.

There’s an island at the Bahamas called Big Major’s Cay aka “pig beach” which is a popular snorkelling destination for a number of tourists. But that is not the real drawcard of this island, this specific island is largely uninhabited except for a number of pigs and piglets who call the Caribbean island home. No one really knows how these delightful piggies arrived on Big Major’s Cay, but according to the tourism office of the Bahamas, they may have been left behind by a bunch of sailors who had initially planned to return and use them for food.  Luckily, these pigs never got eaten and now they spend their days swimming and hanging out with random tourists who paid good money to meet them.

Check out the video below courtesy National Geographic: