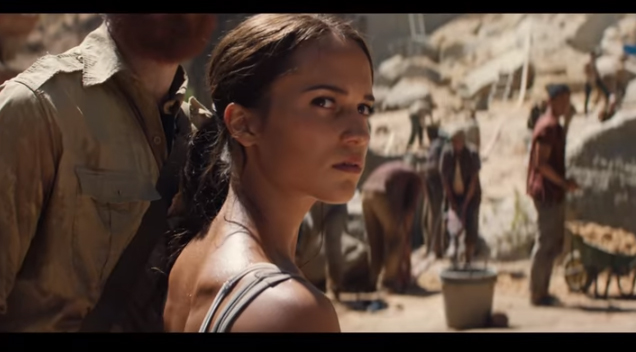 At one point the fate of humanity rested in the hands of Angelina Jolie. Now it’s time for Alicia Vikander to save the world as Lara Croft.

Here’s the synopsis of the movie according to Warner Bros.” Tomb Raider is the story that will set a young and resolute Lara Croft on a path toward becoming a global hero.  The film stars Oscar winner Alicia Vikander (Ex Machina, The Danish Girl) in the lead role, under the direction of Roar Uthaug (The Wave), with Oscar-winner Graham King (The Departed) producing under his GK Films banner.”