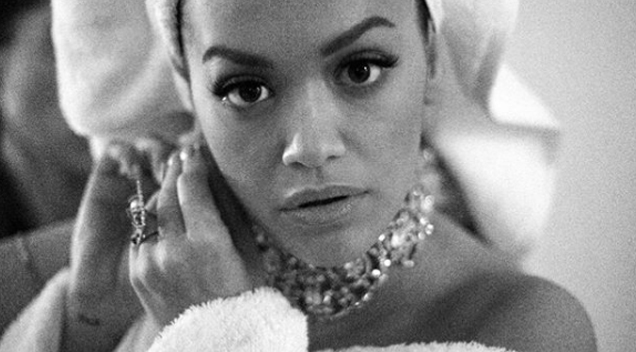 How would you react if a famous artist turned up at a major awards ceremony dressed up in a bathrobe??

Rita turned up on the red carpet of the MTV European Music Awards in London dressed in a comfy white bathrobe with matching towel on her head.

It turns out that her outfit was actually part of her opening skit poking fun at the fact that she was invited to host the event last minute. It’s supposed to exaggerate the fact that she had to rush through the London Underground dressed in a bathrobe so that she can make it to the ceremony in Wembley on time. 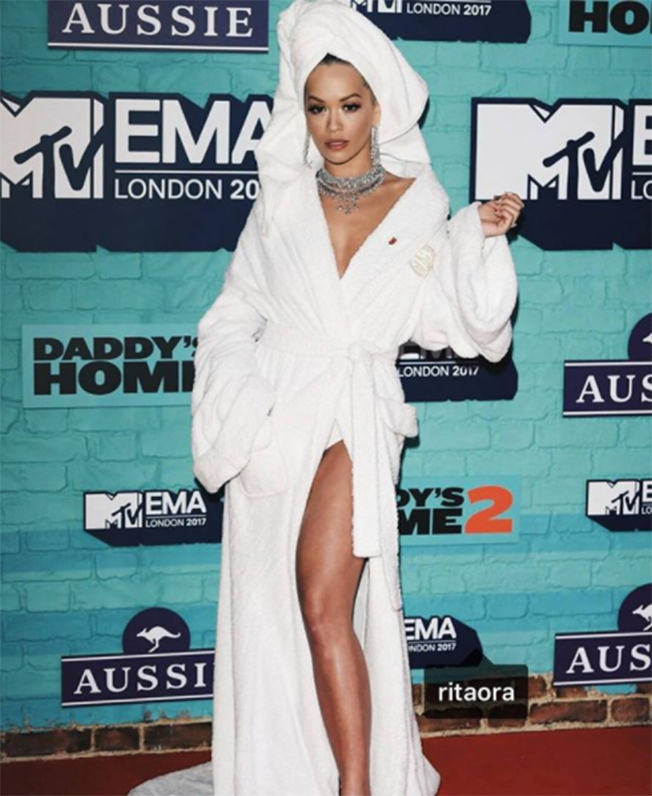