Saudi Arabia Has A New Citizen And It’s A Robot Named Sophia (Yes, You Read Right) 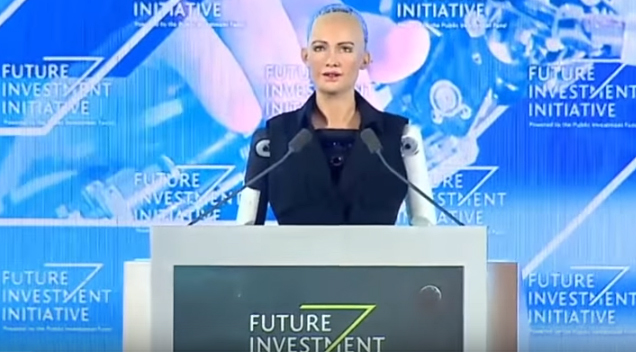 Saudi Arabia just granted citizenship to a robot and you have to see it to believe it.

Sophia is a robot created by a Hong Kong-based company called Hanson Robotics. Sophia has had her fair share of fame already – she has appeared on the cover of Elle magazine and was even interviewed by Jimmy Fallon and Charlie Rose. The prince of Saudi has granted citizenship to Sophia although it’s not really clear what rights she has as a citizen. We’re sure of one thing though – it looks like “Judgement day” by the Terminators is just around the corner…

Check out the video below courtesy of Arab News: