This Man Decided To Explore An Abandoned Funeral Parlour. What He Found Inside Was Totally Creepy 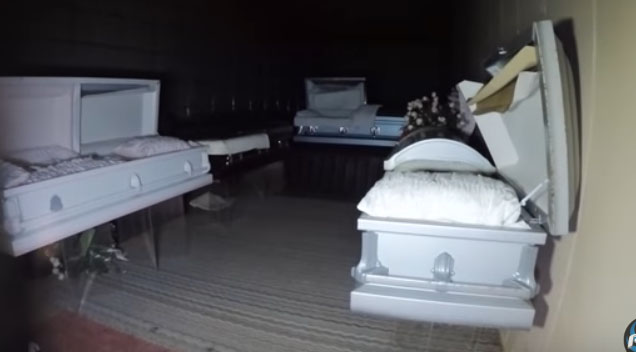 This man discovered an abandoned funeral parlour in the woods and somehow he felt that it was a good idea to explore it. The result is guaranteed to send shivers down your spine.

At the beginning of the video, this YouTuber managed to come across a deserted parlour called Memorial Mound. As he walked down the steps and entered one darkened, rotted room after another, he later found several open coffins and…. dead bodies! Yes. you read that correctly.

Check out the creepy video below courtesy of Autopsy of Architecture:

Read More
Jessica Simpson recently shared a photo of herself wearing a cow-print bikini which is actually from her Jessica…
Read More
1
0
0
Screenshot from Jackson O’Doherty’s YouTube Video Let’s face it, sex scenes in real life is not as smooth…
Read More
0
0
0