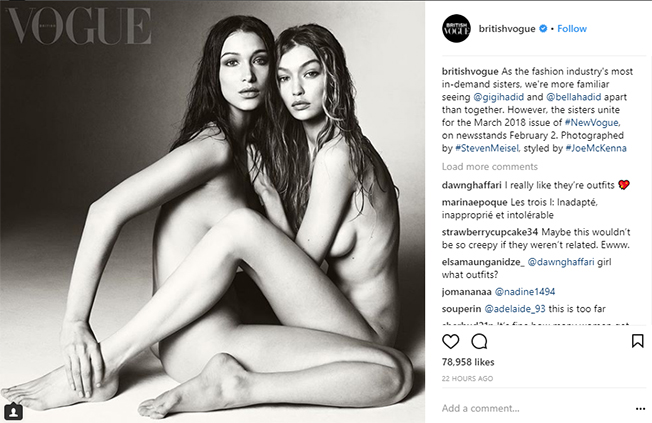 The shoot features the model sisters posing nude together for Vogue’s March cover issue but it’s receiving criticism from a number of people describing the shoot as ‘uncomfortable’ and ‘inappropriate.’

The controversial photo was taken by Steven Meisel and styled by Joe McKenna and it’s the first dual covers of the models’ careers. Check out some of the reactions on Twitter below: 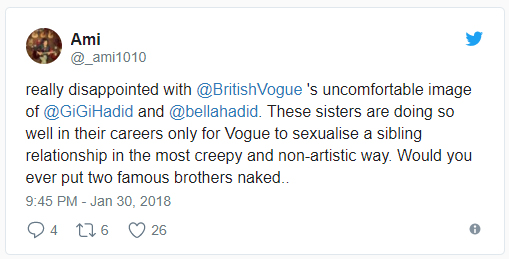