0 people shared the story
0
0
0
0
After months and months of hiding from the limelight. Kylie just came back with a bang.
Everyone should be aware by now that Kylie Kardashian has given to a baby which she named Stormi and it looks like the new bub has entered the world in a huge way.
The Instagram photo of Stormi’s adorable little finger holding onto Kylie’s thumb has garnered over 15 million likes!
The record used to be held by Cristiano Ronaldo when he posted about the birth of his twins which garnered more than 11 million likes but it seems that Kylie is now the new queen of Instagram.
Check out the viral post below courtesy of Kylie’s Instagram account: 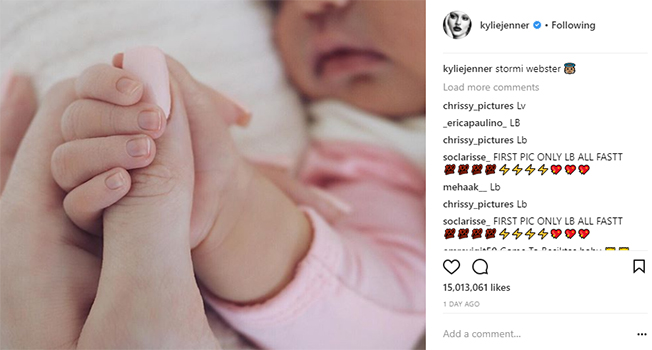