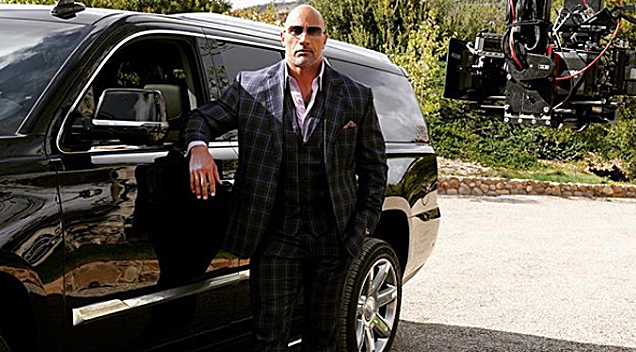 Dwayne “The Rock” Johnson just revealed how he had a tough time filming a specific scene in Ballers as the scene apparently resonated with him and brought back really personal and painful memories.

“Not your typical scene on our comedy #ballers, as I cracked a beer open toasting my character’s brother, William who committed suicide.

“Got me thinkin’ [sic] though bout how many of us have been affected by the suicide of our friends, family. Struggle, and pain is real. We’ve all been there on some level or another.

“My mom tried to check out when I was 15. She got outta the car on Interstate 65 in Nashville and walked into oncoming traffic. Big rigs and cars swerving outta the way not to hit her. I grabbed her and pulled her back on the gravel shoulder of the road.

“What’s crazy about that suicide attempt is to this day, she has no recollection of it whatsoever. Probably best she doesn’t.

“Shits of a scene to shoot – didn’t like it – but it did remind that we always gotta do our best to really pay attention when people are in pain. Help ‘em thru it, get ‘em talkin’ about the struggle and remind ‘em that they’re not alone.

“We got lucky that day when I was 15 and that ain’t always the case.”

Dwayne Johnson is known to be very close to his mother as the two are often photographed together at premieres so luckily, he was able to save her before its too late.

If you or anyone you know needs help feel free to contact Lifeline on 13 11 14. 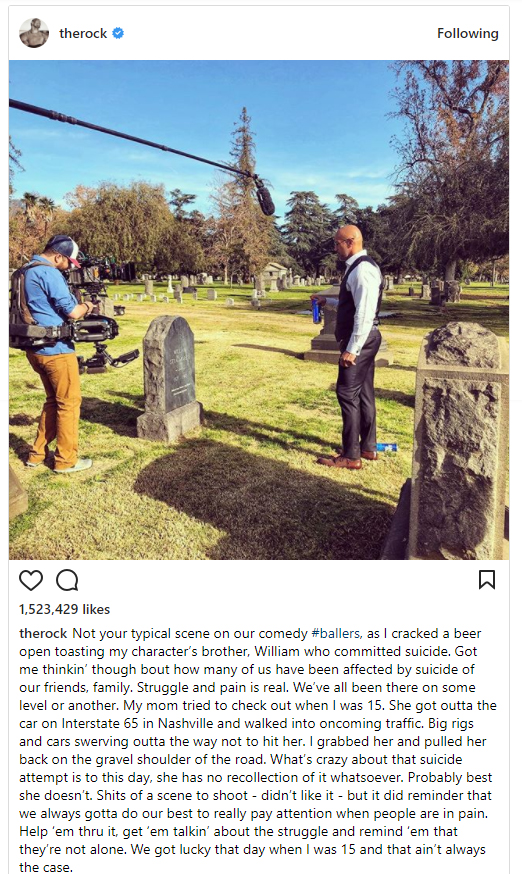