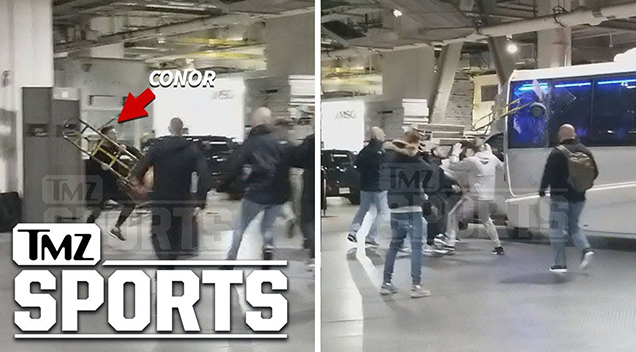 Conor McGregor was not happy that UFC president Dana White decided to strip him of his lightweight belt, so he went on a rampage that left one person injured.

When McGregor found out that UFC president Dana White was going to strip him of his lightweight belt, he responded by tweeting an insult directed to the UFC management, crashing a pre-fight presscon, and throwing a guardrail at a bus that left one fighter injured.

Check out the video below courtesy of TMZ Sports (article source: SMH):