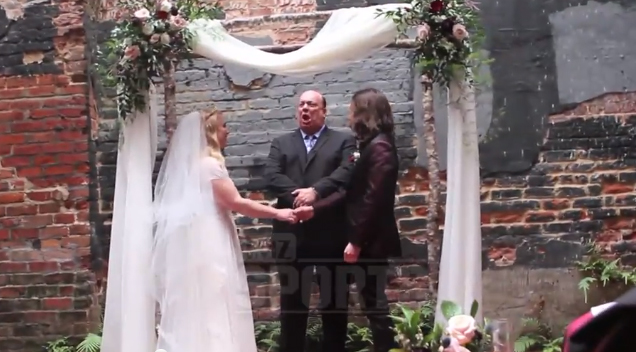 The wedding went down this weekend in New Orleans right on the eve of WrestleMania 34. As the couple exchanged vows, Heyman couldn’t help himself, so he ended up interrupting the wedding with a shameless plug for WrestleMania 34.

Check out the hilarious video below courtesy of TMZ: