Meet The Man Who Proposed To Two Sisters At Once (Yes, You Read Right) 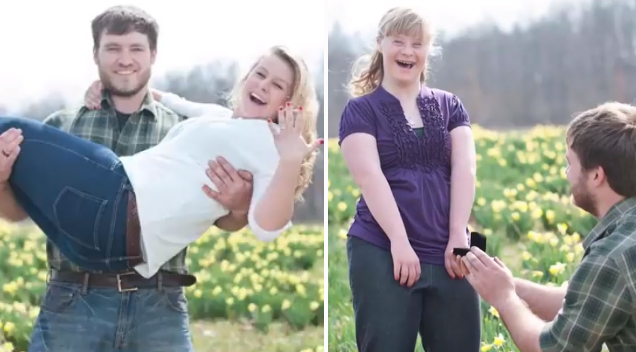 It’s not every day you see a man propose to two sisters at the same time, but there’s a perfectly good reason Will Seaton did it.

When Will decided to propose to his girlfriend, Ashley Schaus, he knew there was someone else he needed to seek permission from.

When Ashley Schaus was interviewed by ABC News, she said: “I told him we were a package deal when we started dating in 2010.”

Ashley and her sister, Hannah Schaus, who has Down syndrome and diabetes have always been inseparable, so most of the couple’s dates always included Hannah. It was this special bond that led Will to propose to both Ashley and Hannah.

Find out why by watching the touching video below courtesy of Upworthy & Humankind Stories: