This Girl Got So Drunk She Brought A Strangers Dog Home (Yes, You Read Right) 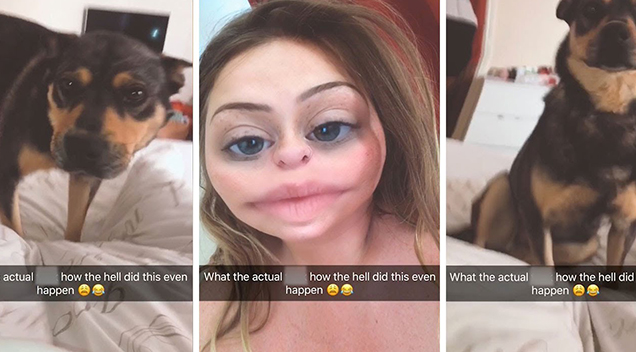 Toni was walking home after a big night out with friends when she came across a dog – she decided to take the dog to her friend’s house. When she finally realized the dog did not belong to her friend, she, of course, made an effort to reunite the dog with her owners. Toni said: “We named the dog violet as we were drunk on palmer violet gin at the time… We shared a bed with the dog, who we later found out was named princess, and had a deep chat with it our night out… When I woke up I realized what had happened when I heard the dog moving.”

Check out the hilarious video below courtesy of Caters Clips:

Read More
Social media users all over the world are confused by a fish that looks like it used one…
Read More
0
0
0
Screenshot from Jackson O’Doherty’s YouTube Video Let’s face it, sex scenes in real life is not as smooth…
Read More
0
0
0