The Rock Just Surprised His Stunt Double With A Brand-New Truck (Yes, You Read Right) 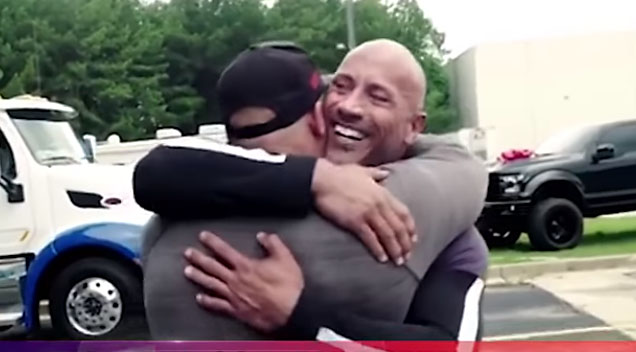 Dwayne Johnson is hands down the coolest and most awesome celeb.

The Rock caught his cousin and longtime stunt double Tanoai Reed by surprise when he led him to believe that they were just shooting a typical behind-the-scenes video – but then he turned around and handed him the keys to a truck instead!