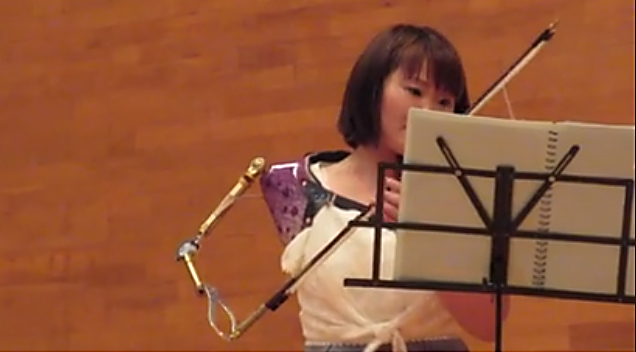 Manami Nomura is a Japanese Paralympian nurse who has gone viral because of her incredible performance with a violin using her prosthetic right arm.

Nomura lost her arm in a traffic accident back in November 2004 which forced her to give up on her dream. But things became a lot better for Nomura after she received her prosthetic arm from a facility. She eventually joined the 2008 Paralympics in Beijing where she placed fourth in the 100 meters breaststroke – she also finished eighth at the 2012 London Paralympics.

When she did a rendition of “Thread” by Miyuki Nakajima at the Takarazuka City General Welfare Center in Hyōgo Prefecture, Japan on Sept. 2, her performance went viral and for a good reason. Check out her performance below courtesy of Kazushige Masuda:

Read More
Jessica Simpson recently shared a photo of herself wearing a cow-print bikini which is actually from her Jessica…
Read More
1
0
0
Screenshot from Jackson O’Doherty’s YouTube Video Let’s face it, sex scenes in real life is not as smooth…
Read More
0
0
0