Netflix users never actually got to see the monster during the Bird Box movie, but just recently, photos of the monster have been released, and fans weren’t impressed at all.

According to The Sun, Bird Box had a whopping 45 million streams in its first week – the plot revolved around Sandra Bullock and her fellow humans blindfolding themselves to stop themselves from seeing an evil force that can cause them to kill themselves.

Millions of fans have been desperate to know what the monsters look like, now finally, their wishes came true. Photos of the bald, toothless monsters have been shared on Instagram SFX Atlas and fans were not at all impressed.

Check out the photo below courtesy of SFX Atlas Instagram: 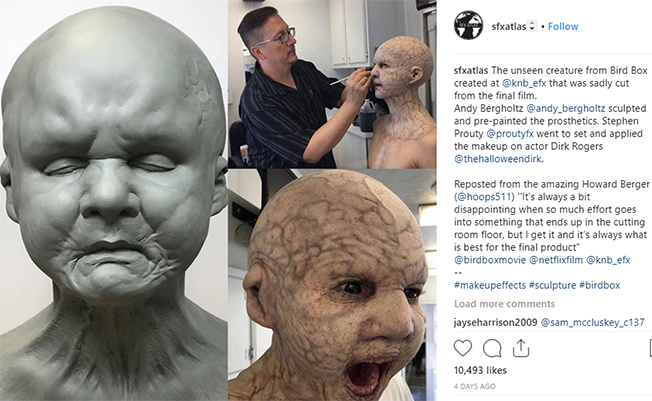