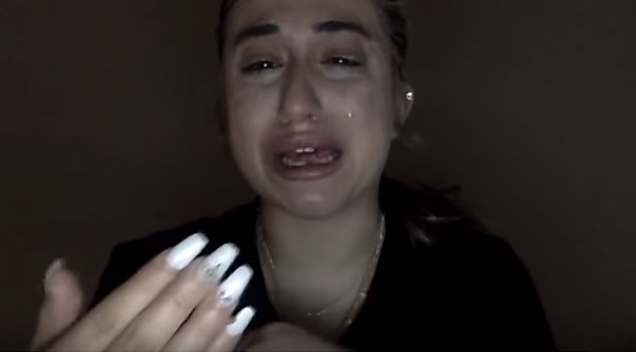 Jessy Taylor said she moved to LA to become famous on Instagram, and that her old account, which has garnered a whopping 113,000 followers, was taken down due to people reporting her. She said that she is “nothing” without her fanbase.

She said: “I want to say to everybody that’s reporting me: Think twice because you’re ruining my life, because I make all of my money online, all of it and I don’t want to lose that.

“I know people like to see me be down and be like them and the ninety percenters – the people who work nine-to-five – that is not me. I am in LA to not be like that.

“I’ve worked so f*****g hard to get to where I’m at and for that to get taken from me is the worst feeling in the world.”

Check out the rest of Taylor’s emotional melt-down in the video below courtesy of Jessy Taylor’s Youtube account: