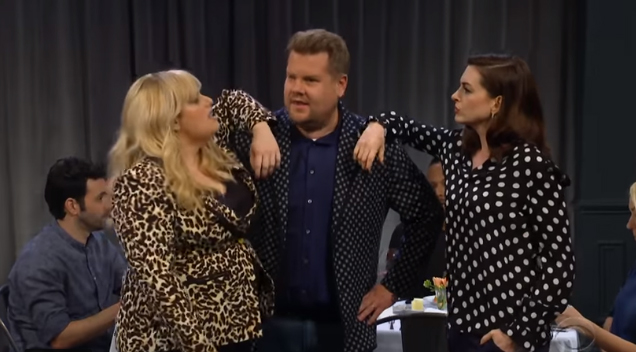 Screenshot from The Late Late Show with James Corden:

Anne Hathaway and Rebel Wilson took each other on just recently and it’s a battle, unlike anything you’ve seen before.

Shortly after Anne Hathaway arrived at James’s birthday dinner with a small, but very thoughtful gift (within the $20 limit), Rebel Wilson showed up with a grand gesture that sparks an intense friendship-off between the two – it came complete with break dancing and a gospel choir! The battle was absolutely hilarious!