There was a scene where Rocky Balboa aka Sylvester Stallone bought a couple of turtles from a pet store in the first ever Rocky movie back in 1976.

Well, it looks like the turtles back then are still very much alive and Stallone still owns them.

Earlier this month he posted a photo on Instagram from the set of Creed 2 with the caption “In CREED 2 with my original buddies from the first Rocky … CUFF and LINK, now about 44 years old!”

What a guy! It’s great to see that Stallone still remembers where he originally came from. On another note, he had also kept Butkus, the Bullmastiff from Rocky and Rocky II. Back then he was forced to sell Butkus because of financial hardship but he managed to buy him back when he finally made it big.

Check out the photo below courtesy of Stallone’s Instagram: 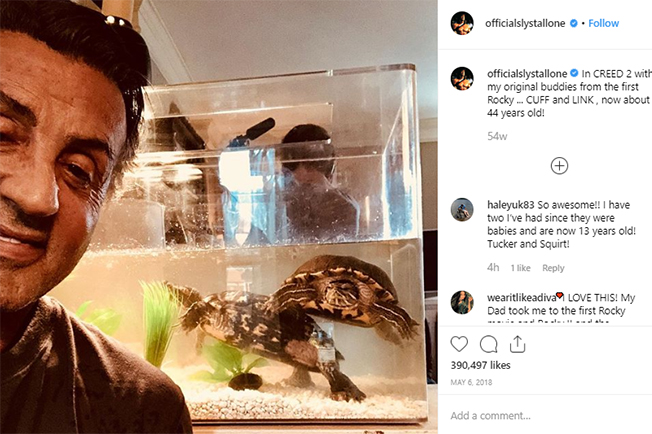