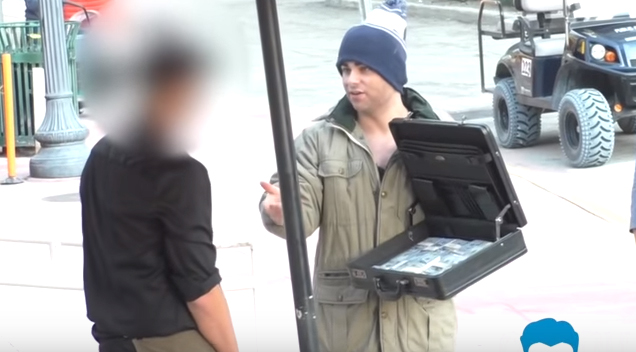 This social experiment proves that appearances still matter in this day and age.

In this social experiment by New York-based YouTuber Coby Persin, the video initially shows Persin turn up at a Florida restaurant dressed as a homeless man carrying a huge bin bag.

The host then rudely tells Persin that he can’t be served there because the restaurant is ‘too expensive’ for him. Persin then gets asked to move out of the way.

Outraged, Persin backs off and calls his driver Ronaldo to pick him up.

Check out the video courtesy of Coby Persin: