This dad found an awesome way to make himself feel good and at the same time entertain his son for hours.

Since Ken Kawamoto’s son is obsessed with trains, he came up with an awesome plan to use his son’s obsession with trains to trick him into giving him a back massage.

He designed a train track-imprinted t-shirt so that every time Kawamoto is wearing it, the motion of the trains from his son’s hands works as a substitute for a massage. Kawamoto refers to his ingenious creation as “the t-shirt that gets you a massage from your kids just by plopping down on the floor”. 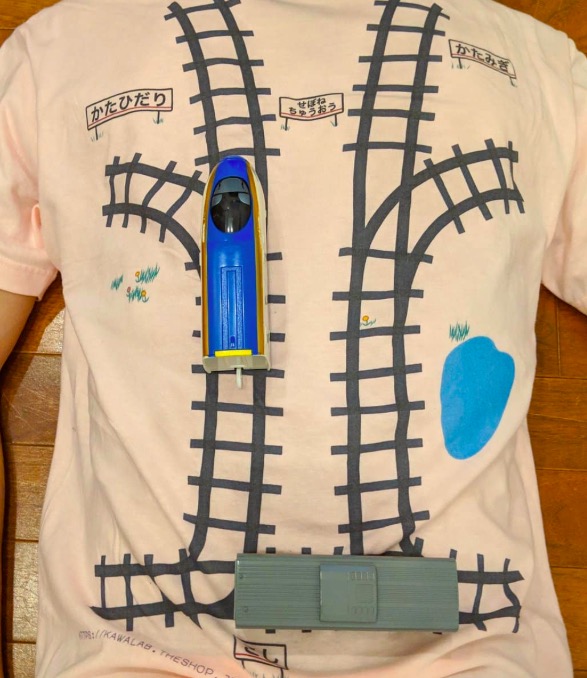 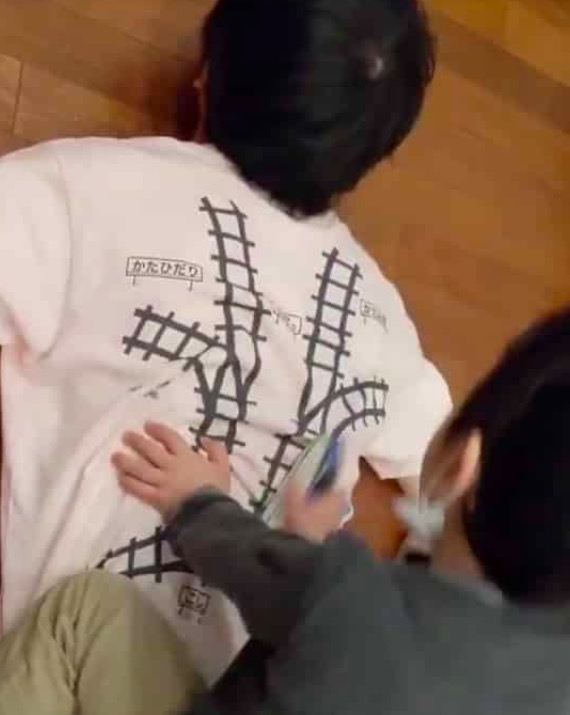