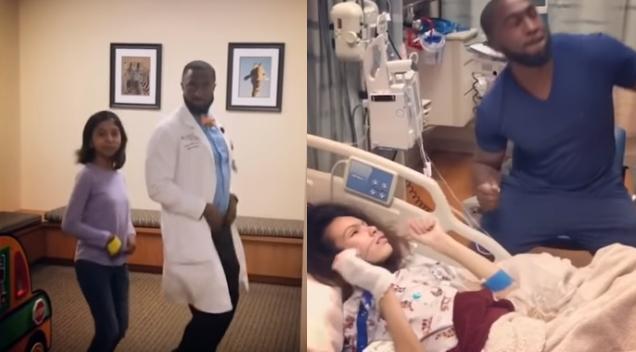 Screenshot from Inside Edition

This man is the coolest doctor we have ever seen.

Tony Adkins initially broke out into a dance in an attempt to cheer up one of his patients. He said it is his way to protect the magic of childhood in the kids he sees. Tony now says his unusual technique plays a huge role in the treatment of his patients.

Check out the video below courtesy of Inside Edition: