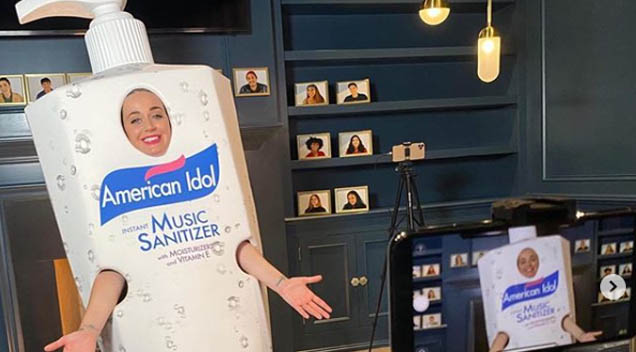 Katy Perry has revealed that she will “never forget” what it’s like to be pregnant while the whole world is at the mercy of the coronavirus pandemic.

During the first at-home episode of American Idol just recently, Ryan Seacrest asked Katy Perry who is currently expecting her first child with The Lord Of The Rings star Orlando Bloom, explained how her pregnancy is coming along. She opened up about her experiences during this pandemic.

Katy said “When I look back at this time, it will be a time I never forget. My first pregnancy, in a pandemic, having cravings that I can’t necessarily fill if I want to.”

She also talked about what it’s like to be a part of the first-ever at-home episode of American Idol. “We didn’t want to cancel the show, and we’re really serious about these kids’ dreams. And we knew we were not far off from picking a winner,” Katy revealed. “So, all the producers and creatives and logistical people behind the scenes put together an incredible idea, to film the show from our homes.”

Katy hilariously dressed as a giant bottle of hand sanitizer for an episode of American Idol, and she, along with her fellow judges, Lionel Richie and Luke Bryan, all appeared on the episode from their respective homes.