It’s Official: Stephanie Meyer Confirms A New ‘Twilight’ Book Is On The Way This Year 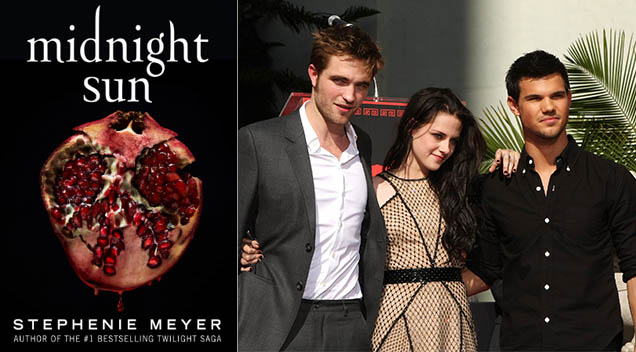 Stephenie Meyer has officially announced that she is releasing a new Twilight book this year and Twilight fans all over the world are head over heels ecstatic!

When a mysterious countdown appeared on Meyer’s website, her army of fans were hoping the countdown was for the release of the long-awaited Midnight Sun which is a novel that is told from Edward Cullen’s perspective. The first four books were actually written from Bella’s perspective. 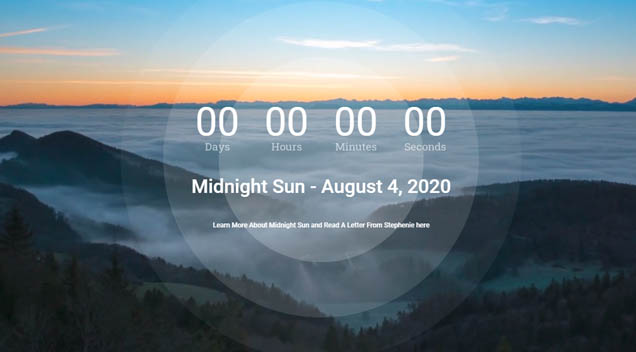 Meyer revealed in a prerecorded video broadcast on Good Morning America: “I am very excited to finally, finally announce the release of Midnight Sun on 4 August. It’s a crazy time right now and I wasn’t sure it was the right time to put this book out, but some of you have been waiting for just so so long it didn’t seem right to make you wait anymore.”

Here’s what the book is about according to Midnight Sun’s publisher, Little Brown:

“It’s here! #1 bestselling author Stephenie Meyer makes a triumphant return to the world of Twilight with this highly-anticipated companion: the iconic love story of Bella and Edward told from the vampire’s point of view.

“When Edward Cullen and Bella Swan met in Twilight, an iconic love story was born. But until now, fans have heard only Bella’s side of the story. At last, readers can experience Edward’s version in the long-awaited companion novel, Midnight Sun.

“This unforgettable tale as told through Edward’s eyes takes on a new and decidedly dark twist. Meeting Bella is both the most unnerving and intriguing event he has experienced in all his years as a vampire. As we learn more fascinating details about Edward’s past and the complexity of his inner thoughts, we understand why this is the defining struggle of his life. How can he justify following his heart if it means leading Bella into danger?

“In Midnight Sun, Stephenie Meyer transports us back to a world that has captivated millions of readers and brings us an epic novel about the profound pleasures and devastating consequences of immortal love.”

Midnight Sun will officially be released on August 4.