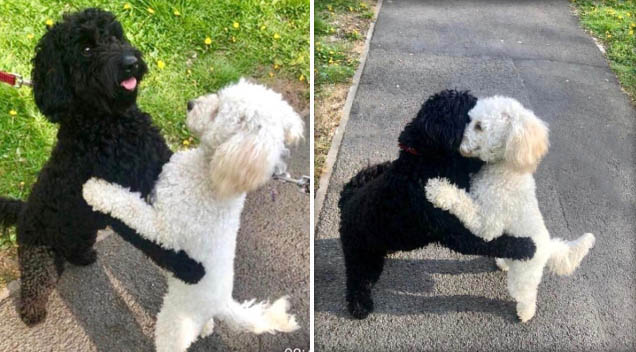 What was supposed to be just a typical dog walk for two families turned into an epic doggy family reunion and we’re absolutely loving it!

These two puppies hadn’t seen each other since they were just puppies. They unexpectedly crossed each other’s paths earlier this month, and after realizing that they were actually brother and sister, the two pups immediately hugged it out much to the surprise of their owners.

Libby Pincher shared the photos of the heartwarming scene via her Twitter account with the caption: “pls look at what my dad sent me this morning I cannot even.”

Her Twitter post included a screenshot of a text message sent to her by her dad, which said: “So, Dave was out walking his dog, and there was a couple walking towards him with a white version of his dog. Turns out they are brother and sister from the same litter. But instead of just playing like they do with other dogs, look at this.”

According to Dodo, the dogs’ names are actually Monty (the black puppy) and Rosie (the white puppy) and they were born to the same litter last June. Susan Killip, Rosie’s owner, said: “There were six of them… But Monty and Rosie were always together.” Killip’s friends, who live in a nearby village, adopted Monty but eventually the two pups lost touch. 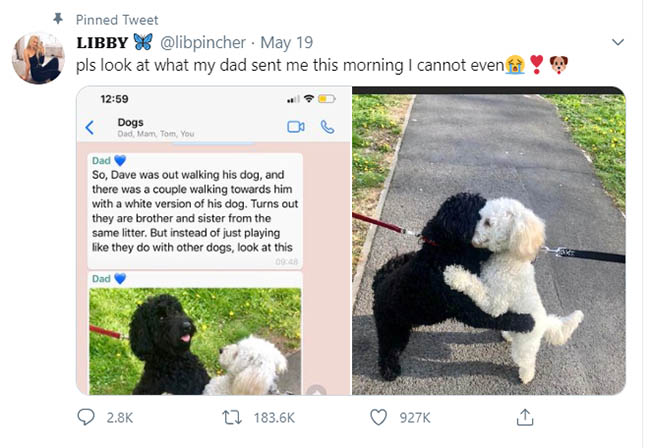 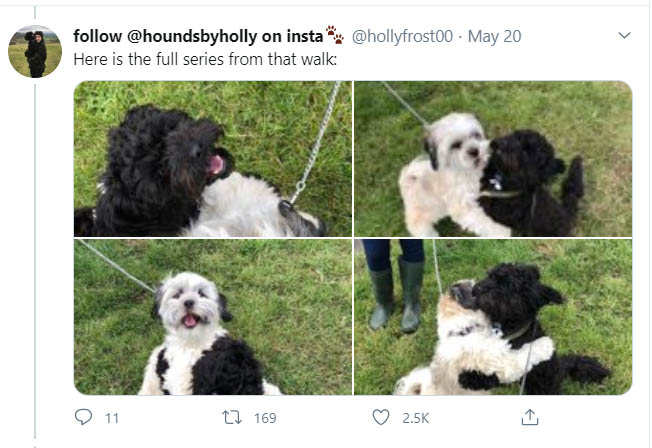