This Man Proposed To His Girlfriend By Staging An Armed Robbery. Prepare To Be Shocked. 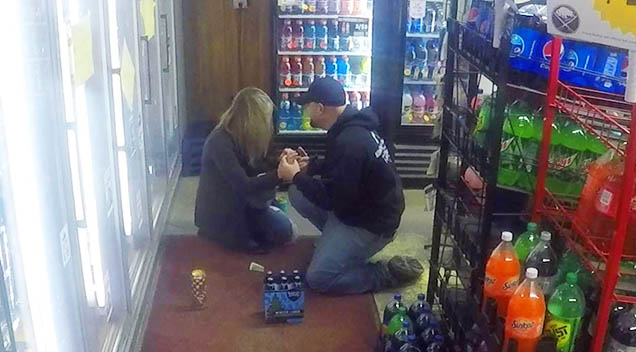 This man’s marriage proposal is so facepalm-worthy, you’ll gasp and cringe in shame at the same time.

While most wedding proposals are typically romantic sunsets, expensive dinners, and tears of joy, this man wanted an adrenalin-pumping proposal that would knock her socks off – and that’s exactly what he did.

Ray Giuliano decided that it would be a good idea to stage a fake armed robbery at a convenience store in Erie County, N.Y., to propose to his girlfriend.

In the video, a man initially appears to be trying to rob a convenience store with a gun, before leaving and then coming back in. He then proceeds to follow the store clerk, Giuliano, and his girlfriend into the back of the store. His girlfriend was seen absolutely terrified on the floor and was even begging for her life. The “robber” then approached the couple and asked if the woman is Giuliano’s “girl,” before telling them that he doesn’t see a ring” on her finger. Watch the video below courtesy of Inside Edition to find out what happens next: