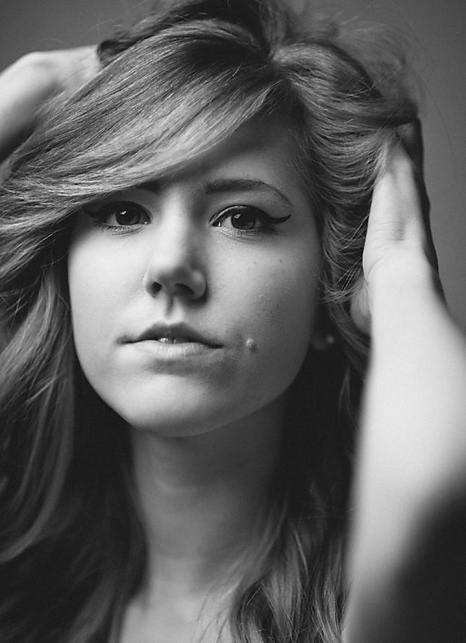 There are millions of people out there with the same dream – which is to land a record deal so that they can share their music with the rest of the world. Hunter Rae is one of those hopefuls with a twist! She is currently sixteen years old girl and she hails from Canada, she actually has the single mindedness and determination you rarely see in someone so young. Incredibly, she began singing at the extremely young age of two years old and ever since that moment she has been hooked. Hunter took her first voice lesson when she was ten and it was at this crucial time that she was inspired to begin writing music. When she began writing, it was just about simple stories that she could come up with at the time, but it quickly transformed into something so vivid and real. At fourteen, she decided that it was time to pick up an instrument so she took guitar lessons for just under a year then she stopped the guitar lessons and she taught herself the rest. At some point in her life Hunter discovered a spot on her back which had to be removed, it was unknown if she had skin cancer but for the past two years she and her family kept returning to the children’s hospital to keep an eye on her condition. Hunter has the incredible drive to accomplish her dream of becoming a country music recording artist so despite this setback she continues to pursue her dreams because as she put it “you’ll never know what’s going to happen tomorrow.” 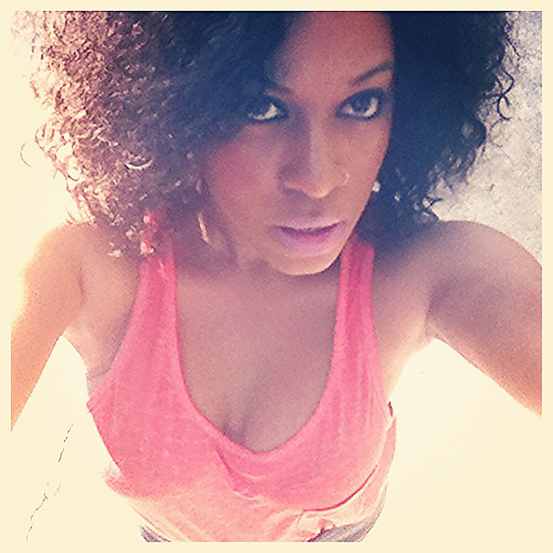 Lana Fame is a singer/songwriter who is a Houston native; she was born and raised with music playing a big part of her life. From singing in church to national talent shows to YouTube, Lana’s voice speaks for itself. Her music is definitely “timeless” – it’s something you can look back on years later and still enjoy. She wants her music to be able to be listened to by all ages. She went from the computer screens to gracing the stages of some of the hottest clubs in Houston, TX. Lana has embraced music with a very urban sound, she is a sucker for R&B and one day she wants to be one of the few artists to bring it back but in a creative way. Her inspiration comes from great entertainers like of course the late Michael Jackson, Anita Baker, Beyonce, and Brandy just to name a few. She has released two mix tapes “Love Hangover Unplugged: Vol.1” last May 2011 and just this May 2012 she released “Love Hangover Unplugged: Vol.2” – she is currently spending a lot of time in the studio working on her first album and she is also currently preparing for her first tour and writing songs from some of your favourite artists. She is grateful for all the wonderful people she has worked with and met and she continues to strive for success but at the same time reminding herself to stay humble because her gift can easily be taken away – she thanks God everyday for everything that is happening in her life right now. 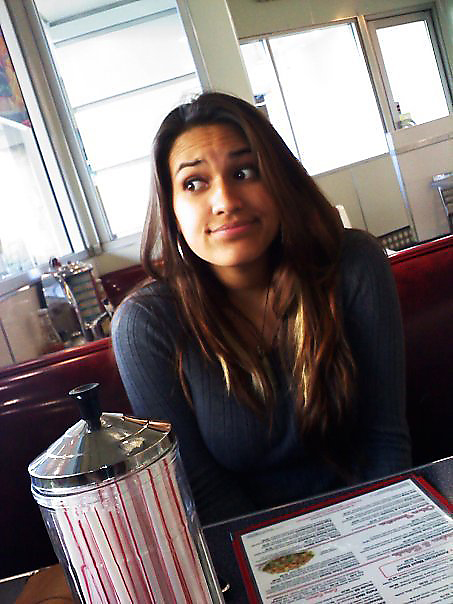 Jenny Maniā Kruse was born in California, but was raised in the Samoan islands where the Lord comes first and family is everything. She is of Samoan, German, Japanese and Spanish decent and being different was real tough growing up. As a kid she had a hard time fitting in, she was actually bullied and it was because of this bullying that she ended up having a much skewed view of herself – music and writing were always her outlets. It was a way to escape, cope and even regain a sense of self. Down the road she discovered the power of music and its ability to affect a person’s mood, thought process and even decisions. She has personally seen the healing power of music in her own life and she knows it’s one of the ways God gave her as a gift to mend her self esteem and self worth. She has finally stopped seeking the approval of others and has come to the realization that her identity and future is determined by the ‘Man upstairs’. Her music is ultimately for God and she loves that others can enjoy it too. 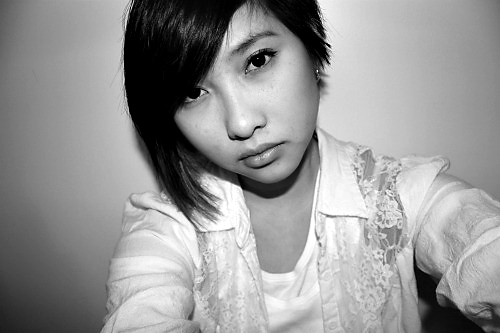 Andrea An is a Vietnamese-Canadian singer who is currently a full-time student, studying to be an architect. She was born on April 7, 1992 in Saskatoon, Saskatchewan and her musical influences are: Beyonce, Adele, Rihanna, Sara Bareilles, P!nk, Marianas Trench, Michael Jackson, Jeremy Passion, and more. 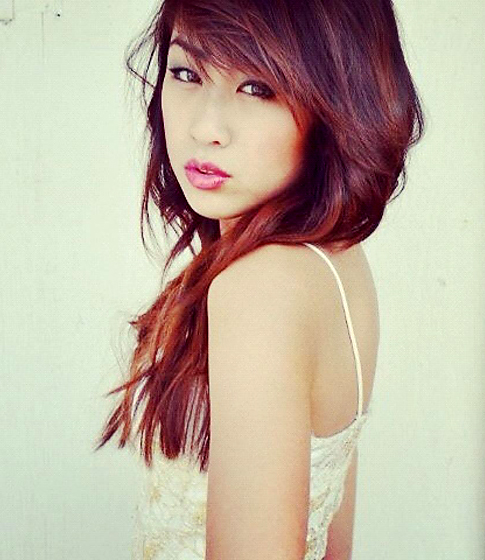 Isabelle is a fun and outgoing girl that simply loves music. She plays the ukulele and guitar, and singing has been my passion ever since she could remember. There isn’t anything else she wants in life other than to become a successful singer someday.

Vote for who you think should be the “Female Artist of the Month” in the poll below! The winner will receive a full feature that will appear in our website and our magazine! The poll closes on the 31st of August, 2012 at 12am AEST and you are eligible to vote only once per day (after you’ve voted, 24 hours must pass after the time you voted, for you to be able to see the voting form and vote again the next day). Vote NOW and make your voice heard! 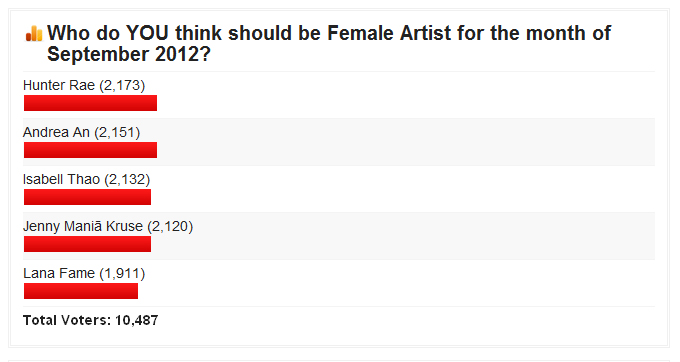