Groups/Duos of the Month – August 2012 Edition

Vote now for who you think should be the Group/Duo of the month! If you feel that you or someone you know deserves to be a featured as one of the Groups/Duos of the month then let our talent coordinator know by emailing eileen@starcentralmag.com and we’ll get back to you as soon as we can! Please keep it in mind that any person who leaves unpleasant and unnecessarily rude or derogative comments will be removed and banned from this site permanently. Let’s just keep this voting poll fair and fun!

1.Jo and the Dudes 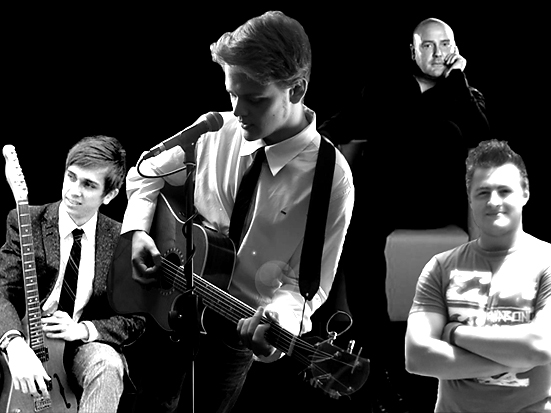 Jo and the Dudes is a band that was founded back in 2011 in Amberg, Bavaria, Germany. Two acoustic guitars, a piano and percussions playing in a band together may be nothing out of the ordinary, but what makes this band extraordinary is the fact that all four members sing together in perfect harmony which creates a unique listening experience. 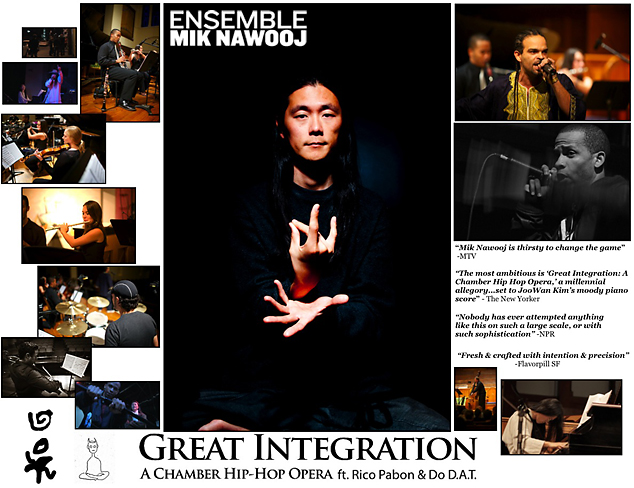 Great Integration fearlessly merges the genres of hip hop and classical music, transcending the reductive black/white dichotomy of modern hip hop. Steinway artist and composer JooWan Kim is a classically-trained graduate of Berklee College of Music and SF Conservatory of Music. Partially inspired by the Mayan calendar prophecies, Kim’s hip hop opera tells an allegorical saga of the conquering of the material lords and the birth of a new world paradigm. Great Integration is performed by JooWan’s very own Ensemble Mik Nawooj, an 8-piece chamber orchestra made up of flute, cello, clarinet, violin, bass, and deep funk drums, along with two MCs and composer Kim on piano. They have generated both shock and praise from audiences and critics alike for its uncompromising blend of rap and classical.They have packed venues such as Yoshi’s SF and Old First Concerts in SF, and has had several sold out concerts at the Oakland Metro Operahouse. In addition, the hip hop opera has been featured on The New Yorker, NPR, SF Chronicle, Flavorpill & more. 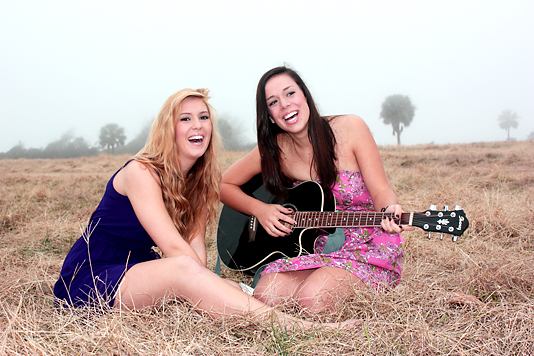 Bianca & Page are a duo of best friends, they are both 20 years old and they hail from Charleston, SC. They also both love singing, writing and recording all genres of music. They became friends during their sophomore year of high school and they are still going strong as they head off into their junior year at Charleston College. They have performed in number of venues including places such as the Music Farm of Charleston, Hub-Bub of Spartanburg and many more. They love performing in the streets of downtown Charleston where they get to sing covers and originals while swarms of people crowd around to watch them. They may be complete opposites but they share the same passion in sharing their music with the rest of the world. 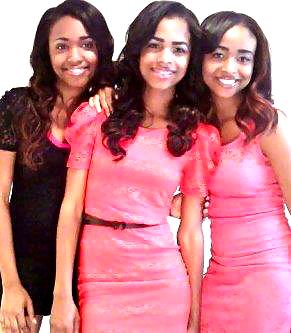 AmorKimet (loves-fate) is made up of two sisters that loves satisfying their listeners with a new sound. They are aged 18, 20, and 23 years old respectively and they have a unique talent because they compose all of their music. Pop, Acoustic, R&B and Christian music are just some of their favorite music and they always make an effort to be the very best in playing the guitar and the Congos. They have composed over 30 songs which were all inspired by their everyday lives and is aimed at uplifting the lives of people who are going through a tough time. Their music is healing to the mind and comfort to the soul – its fun, it makes you laugh and reminds you of happy times in life.

Vote for who you think should be the “Group/Duo of the Month” in the poll below! The winner will receive a full feature that will appear in our website and our magazine! The poll closes on the 31st of August, 2012 at 12am AEST and you are eligible to vote only once per day (after you’ve voted, 24 hours must pass after the time you voted, for you to be able to see the voting form and vote again the next day). Vote NOW and make your voice heard!