Vote now for who you think should be the Male Artist of the month! If you feel that you or someone you know deserves to be a featured as one of the male artist’s of the month then let our talent coordinator know by emailing eileen@starcentralmag.com and we’ll get back to you as soon as we can! Please keep it in mind that any person who leaves unpleasant and unnecessarily rude or derogative comments will be removed and banned from this site permanently. Let’s just keep this voting poll fair and fun! 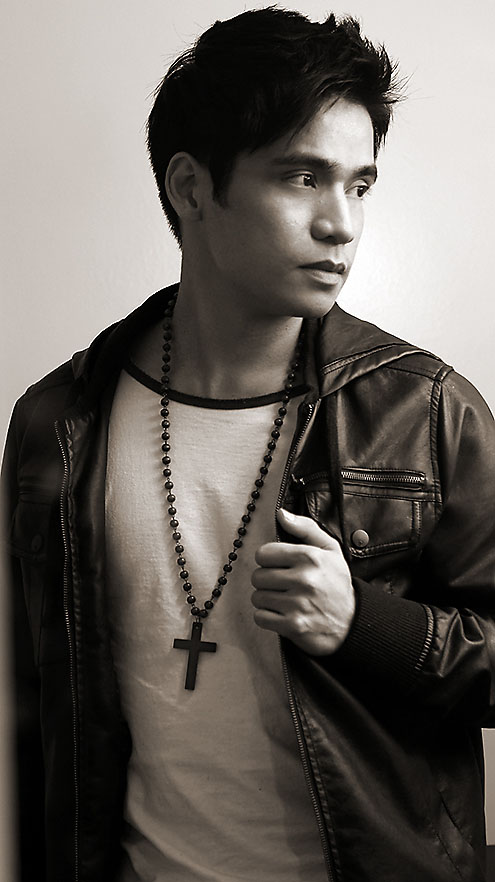 Miguel was born and raised in the Philippines. Coming from a family with a strong musical background, he started playing guitar at the young age of 12 years old. He then moved to Sydney with his family after he turned 17. On August 2009 he joined a talent competition for the first time and won second place – his confidence grew because of this and it motivated him to do something with his music. So then he started uploading videos in YouTube covering popular songs. He has now uploaded over thirty videos and gained over 3,000 subscribers and 1 million video views! He covers songs from a variety of genres from artists such as John Meyer, Bruno Mars and Ed Sheeran. 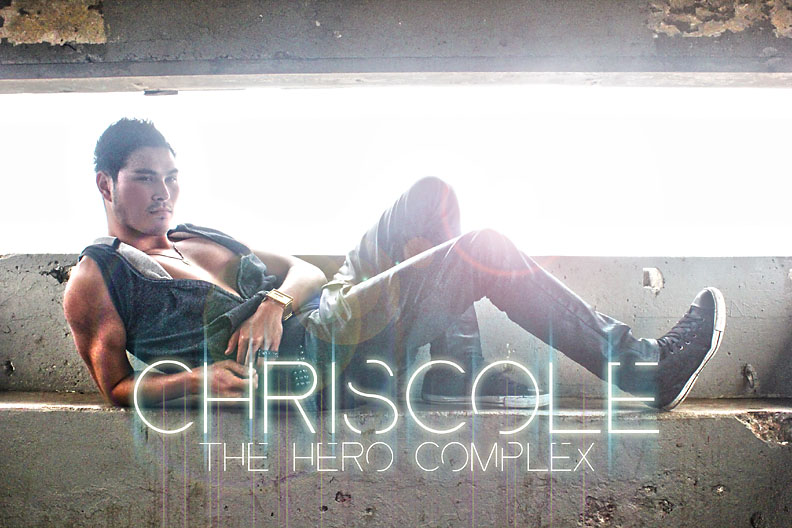 Very few artists can bridge the gap between musical genres and connect with people the world over. Chris Cole is one of those artists. “THE HERO COMPLEX” – Chris’ first all original effort will be hitting the music scene this November and the lead single is called “Daydream”. A minimalistic track that showcases Chris’ airy tone yearning for a lover that for whatever reason can’t be his. Chris describes his album, as “the story of us, a candid account of my own complexes and the roles I’ve played in previous relationships.” Chris’ first single “Daydream” is available now and can be downloaded from his official website. 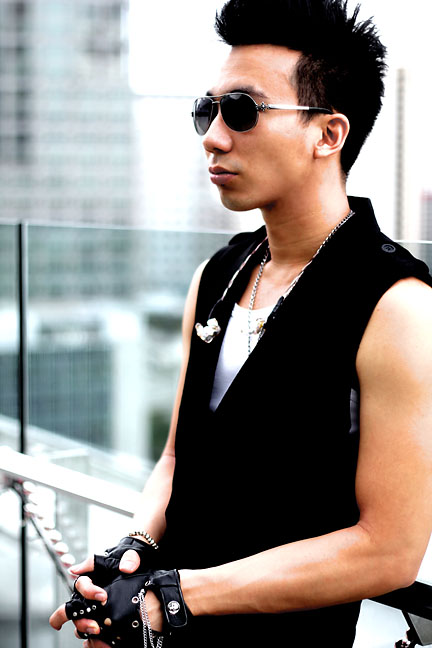 Alvin N is a 27 year old Singer/Songwriter/Producer who is based in Singapore. He started posting YouTube videos in the second half of 2011 to keep track of his progress in learning to produce and mix musical arrangements. He is currently working on original demo material and hopes to begin recording his debut solo album in the near future. 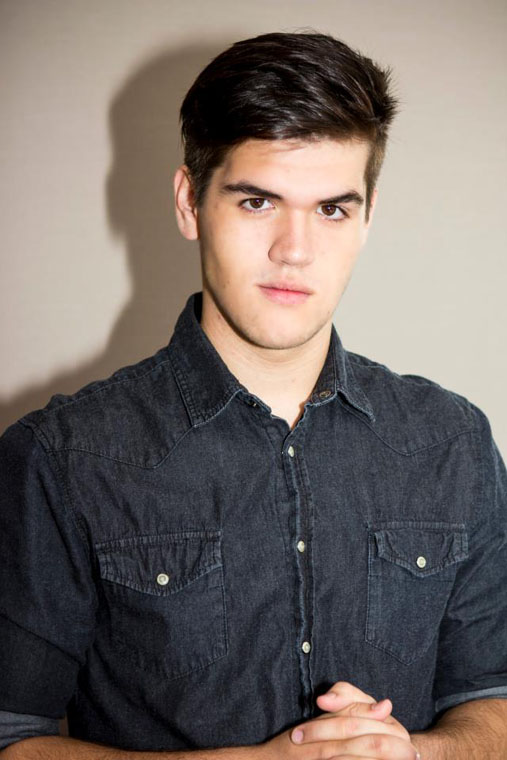 Dakota is an 18 years old singer/songwriter as well as an actor. His most recent performance was in Hairspray the Musical as “Link Larkin” and he is currently rehearsing as “Finch” for “How to Succeed in Business without Really Trying” which will be out in theatres this month. He teaches music to kid’s part time and he tries to do gigs whenever he can. He has 3 originals on ITunes and he hopes to get more in the not too distant future. He has fun with covers too, and you can see this on his YouTube channel. He is often asked why he films in the bathroom – as he doesn’t have a studio or any flash recording gear he makes do with the bathroom for now as he believes that’s the best place for acoustics at the moment. 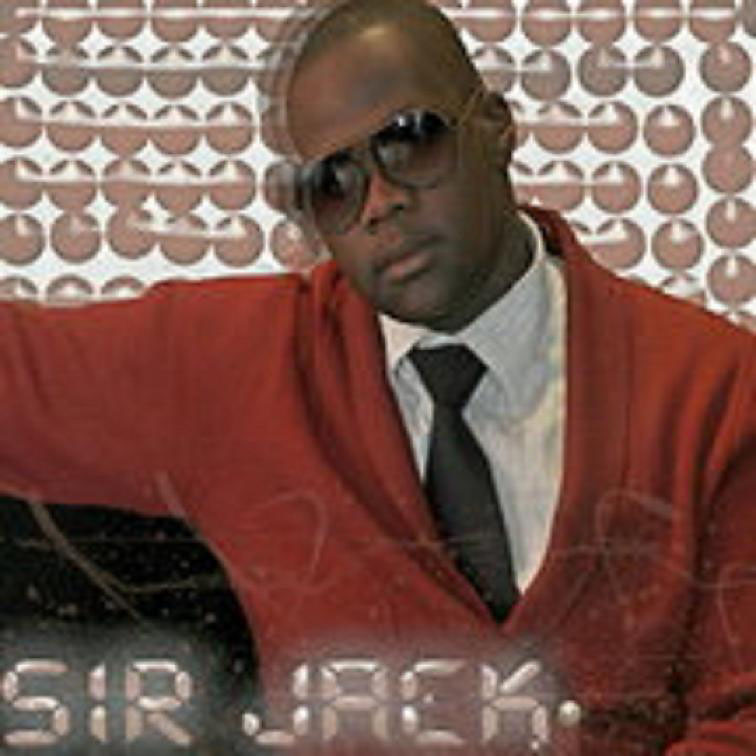 SirJack is a South African born in the Eastrand who is known for his acrobatic style of singing and guitar playing. Born Karabo Mokoena in the small township of Daveyton, he is the Winner of the 2010\2011 BPM REMIX COMPETITION and together with his team 3KINGS they have managed to secure a feature in the SOUL CANDY ROOTS VOL2 COMPILATION. He wants to reach an audience in all genres with his JAZZ and GOSPEL attributes. He has collaborated with ABY-FAB (cash time) as well as KOFFEE the STORY TELLER (STRICTLY RYTHM). He has done all this already yet Jack is only 22 years old, it makes for a healthy career as Jack aspires to establish himself as well as his team from DSYGO RECORDS – one day they want to release international hits and further grow South African music. 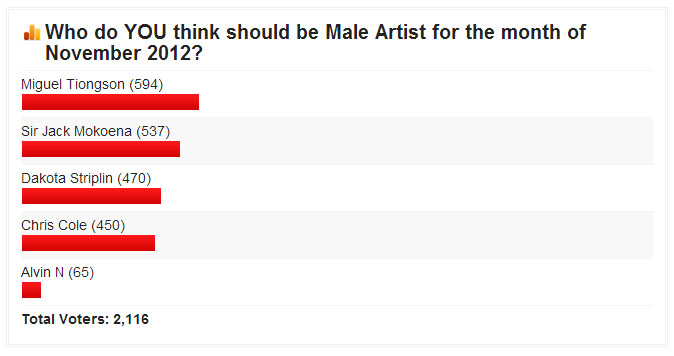 Vote for who you think should be the “Male Artist of the Month” in the poll below! The winner will receive a full feature that will appear in our website and our magazine! The poll closes on the 12th of December, 2012 at 12am AEST and you are eligible to vote only once per day (after you’ve voted, 24 hours must pass after the time you voted, for you to be able to see the voting form and vote again the next day). Vote NOW and make your voice heard!