Vote now for who you think should be the Sexiest Woman of the month for March 2013! If you feel that you or someone you know deserves to be a featured as one of the sexiest women of the month then let our talent coordinator know by emailing eileen@starcentralmag.com and we’ll get back to you as soon as we can! Please keep it in mind that any person who leaves unpleasant and unnecessarily rude or derogative comments will be removed and banned from this site permanently. Let’s just keep this voting poll fair and fun! 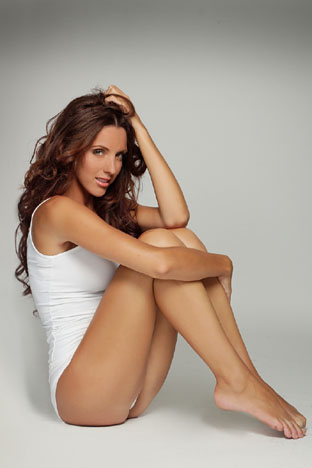 Nicola Rocco is a model/writer who hails from the seaside town Bournemouth. She loves yoga, bikini shoots at the beach, hanging out with her friends, meeting new people, dining at nice restaurants and travelling. She believes that every person should follow their dreams in life and that you shouldn’t let anything stand your way. 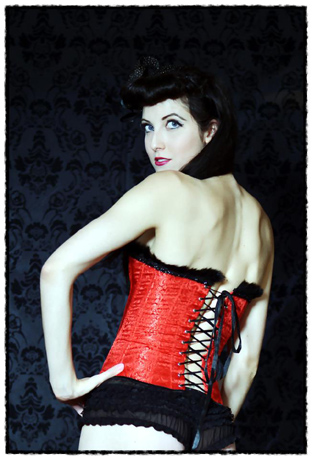 Glamour L’Amour is a burlesque performer and vintage model with a love for dancing and all things retro. She runs the Glitter Box School of Burlesque teaching other women the beautiful art of tease and seduction. She shows women how to hold themselves and she also shows them ways to move with grace and beauty – it is her passion. She also choreographs and organises shows with her troupe which is called the “Glitter Box Fairies”. As a model she brings her all to every job and always aims to give something a little different so that the final results are unique and beautiful. The same counts for her performances – She enjoys playing off the audiences reactions giving them something with a bit of sauce and sparkle but with fun and cheekiness at the heart of it. 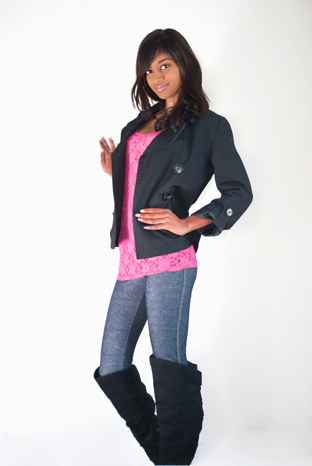 Sharon is a 21 year old university student who is currently doing a degree in English and Biology – ultimately she wants to become a bio-medical engineer. She has been modelling now for the past three years and her background is Fijian but she was born in Canada. 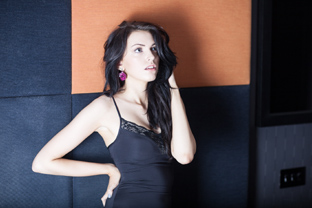 Gemma is a British model/actor who hails from England. Her family hails from Ireland, Scotland and Bermuda and she joined her first modelling agency at 12 years old. She has done filming work ever since she was a kid with regular appearances at the Nickelodeon channel. She works full time in the industry and helps other up and coming models as well as photographers. She has been a vegan for 2 years now and she loves rescuing animals, in fact she currently has 3 rescues of her own. She hopes to model for lingerie giants such as Ann Summers and Victoria’s Secret one day and her goals after modelling and acting are to open up a number of rescue shelters for animals. 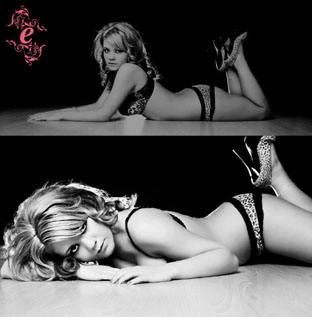 Naiwa is a twenty year old model who was born and raised in the small town of Medicine Hat, AB. She has been through her fair share of hardships in life and she often found an outlet through modeling and writing which lead her to pursue both fields professionally. She has a self-published memoir about the hardships she has experienced in life and how she overcame them in a positive way at the age of sixteen. Last year she started a campaign to spread awareness about domestic abuse and violence. She believes that the sexiest thing about a woman is her ability to feel confident in her own skin and embrace her sexuality. She describes herself as a small town girl with big dreams, a great heart, and a little bit of curves.

Tess is a 19 year old Perth girl who moved to Sydney mid 2012. She is a dancer and a model who was recently featured on Johnny Ruffo’s “Take it Home” and Justice Crew’s “Best Night” Music Videos. She was originally a State Champion Gymnast when she was younger and over the years she found her love for dancing as well hence the reason why she is pursuing this passion. 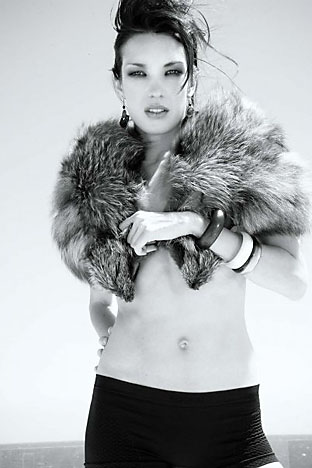 Originally trained at the Australian Ballet School throughout her adolescent years, Angela Harding began her professional dance career in Germany and later around the world on luxury cruise liners. Modelling has always been an enjoyable pass time for Angela in between dance contracts over the years as her flexibility as a dancer can be utilized well to help create aesthetic lines and grace to transfer through to print. Fortunately, due to her half polish/kiwi heritage, her ambiguous looks were rather admired while modeling over in Dubai. She has also travelled a lot via her dancing and modelling professionally. She hopes to become a travel presenter in the near future to share her passion and wisdom for worldy travels while experiencing and sharing new adventures this beautiful world has to offer.

Vote for who you think should be the “Sexiest Women of the month” in the poll below! The winner will appear in our website and will be in line to be featured in our magazine. The poll closes on the 25th of February, 2013 at 12am AEST and you are eligible to vote only once per day (after you’ve voted, 24 hours must pass after the time you voted, for you to be able to see the voting form and vote again the next day). Please note that voting is also restricted to just ONE vote per IP address. Vote NOW and make your voice heard!