Vote now for who you think should be the Male Artist of the month for March 2013! If you feel that you or someone you know deserves to be a featured as one of the Male Artists of the month then let our talent coordinator know by emailing eileen@starcentralmag.com and we’ll get back to you as soon as we can! Please keep it in mind that any person who leaves unpleasant and unnecessarily rude or derogative comments will be removed and banned from this site permanently. Let’s just keep this voting poll fair and fun! 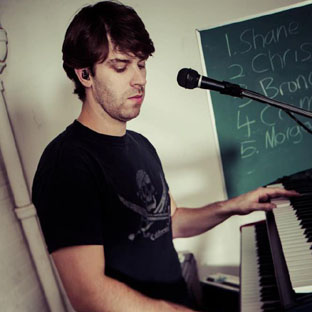 Chris Thornberry was raised in the San Francisco Bay Area, he has since moved to San Diego before settling in Los Angeles. A multi-instrumentalist, Thornberry is quite comfortable on keyboards, guitar, vocals, percussion, and bass. He also plays harmonica, mandolin, ukulele, and of course the kazoo. Besides being an avid songwriter, he can also be heard with local LA bands, as well as with the touring band Sandbox. Last year he had the chance to work with big names such as Philip Lawrence (Bruno Mars’ main song writing partner), Robbie Williams (recorded piano on two tracks from his latest album “Take the Crown”, including the #1 hit in the UK “Candy”) and many others around the LA area. He is currently working on his debut EP which is set for release in late summer 2013. 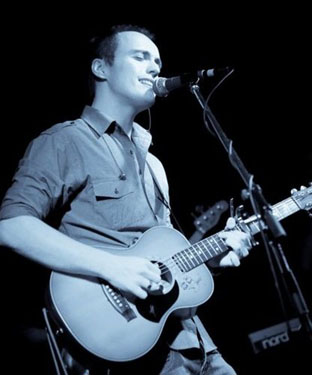 In a time where young artists are manufactured to suit radio airplay and mainstream profits, genuine songwriters are becoming a rare breed. Joel Harrison, a 27 year old singer/songwriter/vocal coach from regional Australia is an artist who blends a vast range of influences into a style all of his own. During his musical upbringing he performed in a plethora of Theatre productions, Cabaret shows and Pub/Club/Bar gigs which he views as “a great way to find influences and dissect popular songs that people love”. He has also performed internationally and supported many of his musical influences and top Australian acts. His debut independent and self-funded album titled “Thinking Over, Over Thinking“ received critical praise and consisted of 13 original tracks all written by the young singer songwriter. Currently Joel is working on new material which he has dubbed as “POFOCO”; a blend of Pop, Folk and Country styles. 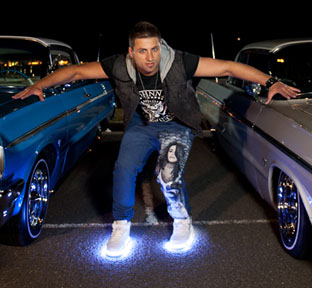 Ramos D-Artist is a musician and a stage & set designer. He stepped into the music scene in 2011 where he debuted his first single “ride”, which played in video polls all around New York. He has been commended for his charity work with the Red Kite Foundation, The Talented Youth’s Committee and The Assyrian Aid Society. His latest music video titled “Funky lady” has been well received all around the world. It has aired on Pinoy TV (Filipino channel) and has been recognised by social networks from all over Australia like Dirt TV. He has been invited to be featured on Hip Hop TV this coming March 2013 and he is set to play a role in a feature film titled “The King’s Seed”. In 2012 he was named as Artist of the month by AUSINFORMER and he represented Australia in the Global Rockstar competition.

Vote for who you think should be the “Male Artist of the month” in the poll below! The winner will appear in our website and will be in line to be featured in our magazine. The poll closes on the 26th of February, 2013 at 12am AEST and you are eligible to vote only once per day (after you’ve voted, 24 hours must pass after the time you voted, for you to be able to see the voting form and vote again the next day). Please note that voting is also restricted to just ONE vote per IP address. Vote NOW and make your voice heard!